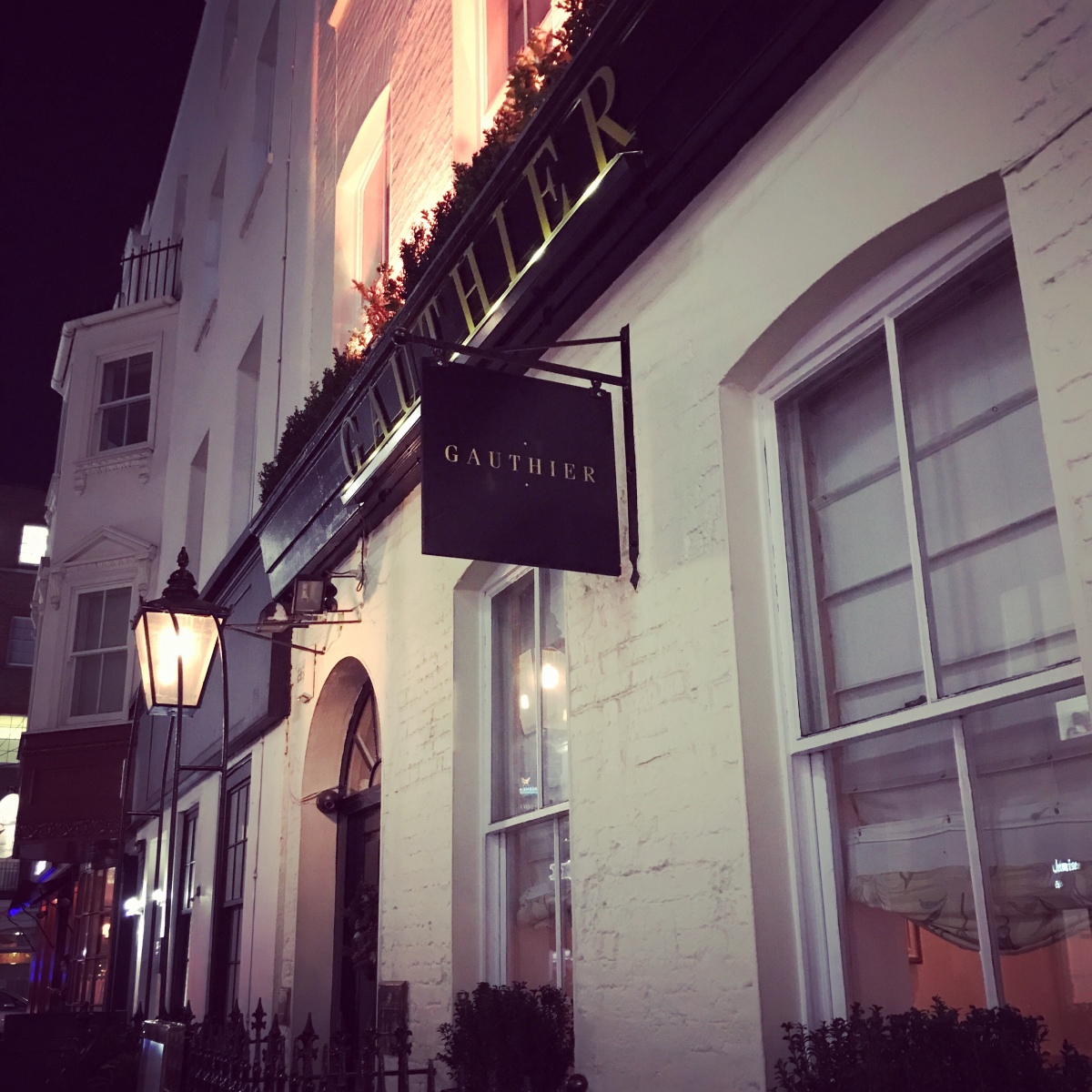 I’m sad to be writing a review of this charming old townhouse, located right in the heart of buzzing Central London, Soho. Sad because it unfortunately cannot be as good as I wanted it to be. We have been here several times, and always think it as one of the nice places we go back to. They do a fantastic value reduced Tasting Menu for lunch, which has been getting us going back for more over and over again. This time we went for dinner, and for some reason the overall experience seemed underwhelming, and I remembered thinking the same last time we visited. You couldn’t really pinpoint why you were left feeling like this, but the meal somehow left you wanting more, as if something hadn’t been satisfied (we were completely full after the meal, so the quantity wasn’t it). As a fine dining restaurant, it felt like the attention to detail wasn’t present (this is important part of a fine dining experience), from dressing of the plates to service. New cutlery wasn’t laid down neatly, but very messily. Messy / sloppy was also the word for some of the plating. And when it comes to wine pairing, we very rarely have any criticism to say, however with this meal also some of the pairings didn’t work. We arrived 5 minutes early for our first seating slot, and were asked to wait outside on the street, in the cold (luckily it wasn’t raining). I have in the past successfully predicted some restaurants to lose their Michelin stars, and would also have predicted it for Gauthier Soho. On closer inspection, they in fact have already lost it.

There was a good selection of fresh bread, I had white roll which was light and fluffy, and flavoursome. My husband had beetroot brioche roll. Again, soft, light and fluffy, but the beetroot didn’t really bring any additional flavour. One of the first things we assess a restaurant by is softness of the butter. I don’t hate many things more than hard butter you can’t spread when in a restaurant. In a lot of nice places the butter is amazingly soft and fluffy. Unfortunately, at Gauthier Soho, the butter was hard.

I was glad to get the appetisers, as I was really hungry. The parmesan crisp was nice, thin and crispy. The quinoa crisp with beetroot hummus was nice and tasty. The last thing, which remained unknown to what it was, was ok, I couldn’t taste the wasabi that was promised.

First course was a carrot tartare. We loved the theatrics that followed. What appeared to be a meat mincer was brought to the table. Condiments were placed in front of you (guacamole, finely chopped shallots, ginger and something else we weren’t sure of what it was. On a plate in front of you, you had plum jam. The waiter then brought carrots, holding them on the green stalks, and proceed to mince the carrots in the mincer in front of you. The mince was then placed on your plate, on top of the plum jam. You then added the condiments of your liking, and mixed everything together, to be enjoyed with lovely thin and crisp Melba toast. I added everything to mine, however not all of the ginger. I found the taste of this all a bit weird, and wouldn’t rush to have it again. The carrot itself was soft and juicy.

Next course was scallop with cauliflower, roe crisp and romanesco. The scallop was nicely cooked, however the star of this dish without a doubt was the crustacean sauce. Full of flavour, this was one of the best elements of the entire meal. The wine had quite a floral taste, and perhaps not something I would pare with this kind of dish.

Next up was truffle risotto. This has been one of my favourite dishes of this restaurant for as long as I can remember. I thought the risotto was cooked well, just a bit al dente as it should be, however my husband thought it was a little too cooked. Risotto was nice an creamy, and had a generous amount of black truffle.

The meal then continued with a fish dish of halibut. This was the best dish of the meal. The fish was cooked well, however I’m still trying to decide if mine could’ve been cooked slightly less. My husband thought the fish was cooked perfect. It was moist and soft. There was pickled beetroot with the fish, which was nice on its own, however I’m not sure if it was the best accomplishment for the fish, as the sharpness overpowered the delicate flavour of the fish. We were also served quite sharp red wine with this dish, which we didn’t think suited the dish, as this too overpowered the fish.

I’m not entirely sure what to say about the next dish of Barbary duck. It wasn’t bad by any means, but it wasn’t magnificent either. It just left you a bit underwhelmed I guess. The duck itself was cooked well (medium), and one of the accompaniments of what seemed to be swede purée went really well with it. I did enjoy the slow cooked meat ‘cake’.

Next came Gruyere cheese with fennel and chestnut. The cheese was very nice. I’m not usually a great fan of fennel (same with my husband), it can sometimes be quite pungent, however this was very thinly sliced and brought great freshness to the dish, and what you wanted at this stage of the meal. The chestnut was ok, the apple balls were a bit hard.

The first dessert was a palate cleanser. The light, airy shell was meringue-like, but completely vegan, made of chickpea water. It was filled with sharp pear sorbet, and also served with pear purée and lemongrass purée, as well as pear bits. Overall quite sour (perhaps a bit too sour), but refreshing.

The main dessert was Golden Louis XV. This decadent, very sweet dessert would satisfy the most demanding chocolate lovers, I’m sure. Light, but crunchy base, topped up with two different layers of chocolate, with a rich chocolate glazing and edible gold decoration, this is a wonderful dessert, however after a big meal you may struggle to eat it, however you won’t be able to stop trying! 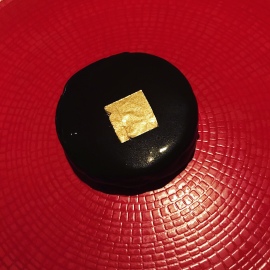 The whole meal was finished with petit fours.